Quibi is a streaming service which is entering the market with a new take on how people consume video. All of the content is exclusively for mobile devices, and a huge number of celebrities are involved – from Offset to Chrissy Tiegen. The platform is aimed at millennials and Generation Z users, with the company saying that it particularly focuses on the 25 to 35 year old bracket.

Thanks a Million – Jennifer Lopez gifts $100,000 to unsuspecting people.

Punk’d – The classic MTV show is rebooted with Chance the Rapper as the host.

Skrrt with Offset – Kiari ‘Offset’ Cephus talks luxury and sports cars with guests such as Cardi B, Quavo and T-Pain.

The Sauce – Ayo and Teo source online talent to compete for a cash prize.

&Music – Looks at the people who work behind the scenes to propel music artists into worldwide stars.

Elba v Block – Idris Elba and pro driver Ken Block compete against each other in a series of racing stunts.

Singled Out – Matches up singles by looking at potential matches obtained through social media. Hosted by Keke Palmer and Joel Kim Booster.

Gayme Show – Matt Rogers and Dave Mizzoni host a competition show where two straight contestants are matched up with a celebrity ‘life partner’.

Dishmantled – A cooking competition hosted by Tituss Burgess which starts with two blindfolded chefs having to identify a mystery dish blasted into their faces by a cannon.

You Ain’t Got These – A show focusing on sneaker culture. Guests include Carmelo Anthony, Billie Jean King and Nas.

Fierce Queens – A nature series presented by Reese Witherspoon exploring the females of the animal kingdom.

Prodigy – A series exploring the accomplishments of an athlete. Hosted by Megan Rapinoe.

Run This City – Looks at Jasiel Correia II as he goes through life as the youngest mayor of Fall River, Mass. He is challenged by the FBI indicting him for his former company.

Shape of Pasta – Evan Funke takes viewers through Italy to discover the masters of pasta.

NightGowns – Focuses on Sasha Velour as she turns her Brooklyn drag revue into a stage production.

Most Dangerous Game – Liam Hemsworth stars as Dodge Maynard, who accepts an opportunity to take part in a deadly game.

When the Streetlights Go On – A murder sends shockwaves through a community, and the girl’s sister and fellow classmates try to find a sense of normalcy.

Survive – Jane wants to end it, but when a plane crash almost does this for her, she has a new desire to live as she crawls from the wreckage.

The Nod with Brittany & Eric – A daily podcast where Brittany Luse and Eric Eddings look at seldom examined areas of black culture.

The Daily Chill – A show focusing on bringing about a state of calmness through peaceful ASMR in various global destinations.

The Rachel Hollis Show – The author, blogger and podcaster provides a daily blast of inspiration and motivation on weekdays.

Sexology with Shan Boodram – The certified sexologist and intimacy expert educates viewers on the world of sex, dating and relationships.

60 in 6 by CBS News – A new edition inspired by 60 Minutes which is anchored by Wesley Lowery, Laurie Segall and Enrique Acevedo.

Plus News by Telemundo – Hosted by Andrea Martinez, a daily newscast which focuses on English-speaking Hispanic viewers.

For the Cultura by Telemundo – An entertainment show anchored by Krystal Vega and Freddy Lomeli which focuses on Latino pop culture.

All The Feels by the Dodo – Group Nine Media presents a feel-good animal story on a daily basis.

Fresh Daily by Rotten Tomatoes – The entertainment show presents the latest news, reviews and recommendations from the world of TV, streaming and film.

Speedrun by Polygon – A gaming news show hosted by Jimmy Modal which takes deep dives into the biggest trends.

Trailers by Fandango – The latest movie and TV show trailers showcased on a daily basis.

Pop5 – A daily show hosted by Tim Kash which focuses on pop music news with behind the scenes moments with top artists.

Hot Off the Mic – Five daily shows a week shot at comedy clubs across the US, looking at comedians’ takes on the latest news.

The content offering on Quibi is divided into three categories. There are scripted titles, also known as chapters or lighthouses, which are essentially bite-sized versions of TV series. Each season will only be around two hours in total duration.

The quick bites category is a selection of unscripted titles, such as Thanks a Million with Jennifer Lopez. The shows are largely self-contained but have a recurring setup and host.

There are also daily ‘essentials’, which are short blasts of news, entertainment and lifestyle. Providers include NBC News and the BBC.

There are two choices for US viewers when it comes to subscription options. The version with ads is $4.99 a month, while the ad-free version is $7.99 a month.

Quibi doesn’t have the usual streaming competition. There isn’t much point comparing it to services such as Netflix and Disney Plus, as this start-up is aimed at a niche demographic and a different streaming style.

While traditional streaming services are focused on a wide group of people who want to watch long form content at home, Quibi is focused on the 18-44 age bracket who want to watch titles on the go. In this sense, it’s more similar to YouTube, Instagram and SnapChat, which all provide shorter content clips that are tailored to smartphone users.

The first obstacle Quibi faces is justifying why people should pay for the service when its competitors offer videos for free. As time goes on, it will become clearer as to why the titles provide a quality worth forking out for. At a glance, exclusive content with top celebrities and daily news updates which provide a decent overview in a condensed format doesn’t exist on competing platforms, so Quibi may be creating a new streaming niche.

What we liked about Quibi

Quibi is clearly introducing a new way to watch content which caters to the way people in the 18-44 age bracket use their smartphones. By giving users a way to get informed about what’s going on in the world and watch exclusive titles with top celebrities, the platform fits neatly in between the short form content on YouTube and Instagram and the long form content seen with traditional streaming services. It gives people a way to get lightning-quick updates while they are on the go, so they can stay informed and entertained during a commute, on a break or waiting in a queue. Having the option to download content means that an active internet connection isn’t required to view content. With interactive content being planned too, there is evidently a lot to look out for with this platform.

What we disliked about Quibi

Quibi may struggle to get off the ground with people questioning why they should pay for another subscription they can only access on their smartphones. With image quality becoming an increasing factor in streaming habits, people may not like being restricted to a small screen and prefer feeling they have options. With people already downloading TV shows and movies from traditional platforms such as Netflix for their commutes, and going onto YouTube, Instagram or Snapchat during their downtime, it may prove to be difficult to get this habit to shift into using Quibi instead.

Is Quibi worth it?

Those who fall into the target demographic with Quibi may find that the service provides a boost to their daily lives by providing them with an easy source of information and entertainment. Participating in the free trial can’t hurt, and with more innovative styles of content coming in the future, there is plenty to look out for. For example, the Turnstyle feature lets users flip between watching a show in widescreen and in portrait mode. There will also be the option for certain series (such as thriller show Wireless) to let people shift the POV depending on how the phone is held. The horror series After Dark from Steven Spielberg uses the clock feature to only let people tune in at night. Features such as these may persuade people that smartphone-only viewing and accessing exclusive content is worth the monthly price. Who is Kirby Jenner? Is he a Kardashian or Kendall’s twin? Plus how to stream new Quibi show When is Reno 911 released on Quibi? 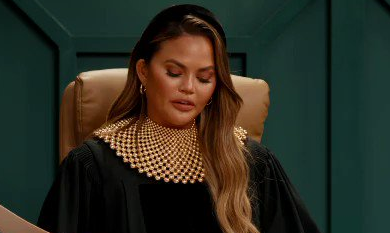 Quibi lineup: From Chrissy’s Court and Punk’d to Skrrt What is the Quibi free trial and is it compatible with iPhone, Roku or Apple TV?