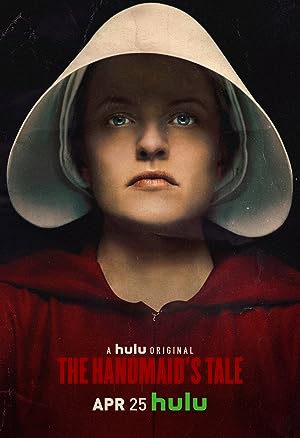 A religion-based autocracy has taken over most of the United States, renaming the country Gilead. In this country women are second-class citizens. Anyone trying to escape is punished. One such person is June, who is captured while trying to escape with her husband and child and is sentenced to be a handmaid, bearing children for childless government officials. As a handmaid, June is renamed Offred. This is her story.

There are many channels available to watch with Hulu. If you’re looking for entertainment content, you can go for Adult Swim, Food Network, Hulu Original Series, Lifetime and TLC to name but a few. For kids, options include Cartoon Network, Disney Junior, Nickelodeon, Disney Channel and Universal Kids. Finally, a mixture of news channels are available – Fox News, CNN, Bloomberg, CNBC and ABC News.

Hulu places a priority on providing TV shows, so if you’re looking for a high quality catalog of series to browse through, you’ve come to the right place. Here’s the lowdown on what you can expect with this streaming service.

To browse the available content, go to the ‘Browse’ button in the top left hand corner and select the filter. For example, if you want to watch TV shows, this is a filter, with genre sub categories including action, drama, family, game shows and comedy. Further filters are available as you scroll, so you can view content that it’s been predicted you will enjoy based on your preferences or viewing history. Furthermore, you can view which content is popular at the moment, which series have new episodes available, Hulu Originals and newly added shows.

Available TV shows on Hulu include The Handmaid’s Tale, America’s Got Talent, Life of Kylie and King of the Hill. There are bite-sized episodes available for those who don’t have a lot of time on their hands, and you can catch up on missed episodes from both current and returning network shows. Many top comedies and dramas such as American Dad, Archer and 12 Monkeys are available to binge from the very first episode. Further filters include Staff Picks, International, Teen Shows and Anime Favourites.

When it comes to movies on Hulu, there is a similar selection of genre sub categories to use as filters, such as classics, history, horror and science fiction. Personalised recommendations are available at the top of the movies page, and there are also popular movies shown for users to browse. For example, people may be watching Deadwood The Movie, Jumanji and Night School.

Certain movies are exclusive to Hulu, such as Ben is Back, Destroyer and Backtrace. Similarly, Hulu Originals are also showcased on the movies page, with titles including All That We Destroy, Ask Dr Ruth and Treehouse. If you want an 80s movie binge, to watch a critically acclaimed film or to browse staff picks, this is also possible. If you have an addon, such as HBO, Showtime or Starz, you can watch titles such as The Meg, Crazy Rich Asians, Den of Thieves, I Feel Pretty and Dr Seuss’ Horton Hears A Who.

Offred is one of a few remaining fertile women who must be a concubine for the Commanders in a dystopian society. She begins illegal relationships and dreams of being reunited with her daughter.

This TV series takes place in the Stephen King multiverse. Death row attorney Henry Deaver is lured back to Castle Rock after an anonymous phone call. He returns to help a sinister man locked up under Shawshank Prison.

Six teenagers come together against their mutual enemy – their criminal parents, who are part of a group called the Pride. They go on to live on the run as they figure out how to stop the Pride for good.

A TV series based on real-life experiences from the comedian’s life. It was created by both Jerry Seinfeld and Larry David, and stars a fictionalised version of Seinfeld. It is often described as a show about nothing.

Buffy Summers learns she is one of the chosen women who must play the part of Vampire Slayer. She wants to live a normal life but grows to accept her destiny.

Fry is accidentally frozen and wakes up 1000 years in the future. He is taken in by his only family member – an elderly scientist. He works for his cargo delivery service alongside Leela, Hermes, Amy, Bender and Zoidberg.

Aaron Paul plays Eddie Lane, who is part of a new age spiritualist movement called Meyerism. However, he questions his faith right before he climbs its ladder, and his wife becomes suspicious when he meets with a Meyerist defector.

A TV series which focuses on the goings-on in a small community in Canada. Wayne and Katy are siblings who run a farm and produce stand. Other groups in the community include the farmers, the local drug addicts, the natives and the out of towners on the local hockey team.

Jimmy and Gretchen meet at a wedding and decide to pursue a relationship. Their respective egos soon make life difficult as they battle it out. Jimmy receives tiny royalty checks for a single novel and Gretchen lives a sex, drugs and rock and roll lifestyle.

Set in New York City during the cocaine epidemic which took place at the start of the 1990s, this series chronicles the Wu-Tang Clan being formed. Diggs turns to rap so he can try to reach fame – going against the lifestyle of his brother Divine, who used drug selling to improve his family’s lifestyle.

Hulu has worked to keep its user interface as consumer friendly and efficient as possible. Those who are watching on streaming players such as Roku, Fire TV and Apple TV will be able to make use of a grid guide which allows you to view shows up to 14 days into the future. You will also be able to see which shows are coming out in the next few weeks and plan recordings well in advance.

The Hulu app lets viewers see a grid of shows, allowing for easy choice and selection. There will be options to look through categories such as Sports, News, Movies and Kids. The personalisation level is high, as you can look at My Channels and Recent to access content you’re prone to regularly watching.

In terms of the on-demand interface, you will see rows of content displayed in a similar fashion to competitors such as Disney Plus and Netflix. You will be able to click on one of the titles under Keep Watching, or navigate to Jump Back In to return to shows you hit pause on in the past. There are also other useful categories such as TV, Movies, News, Kids and New Movies.

Will there be a reboot for The Office? John Krasinski reveals he would do a reunion