Sony Crackle is a good alternative to those who don’t want to pay full price for services such as Netflix, Hulu or HBO Now. Watch Now

The latest skinny bundle on the scene is Sony Crackle. How does it measure up? Here’s our complete Sony Crackle review, including everything you need to know about the channels it offers, the features that set it apart, and the price you’ll pay if you sign up – plus, of course, my advice on whether or not you should!

Sony Crackle is an ad-supported video on demand streaming platform. Known previously as just Crackle, this service is completely free and offers a range of TV and movies. It can be used on many streaming platforms and devices, including Apple TV, Chromecast, Fire TV and Roku. If you prefer to watch on a video game console, you can go for PlayStation 3, PlayStation 4, Xbox 360 and Xbox One. Alternatively, compatible mobile devices include Android, iOS and Kindle. This service doesn’t offer native support for Nvidia Shield or similar Android TV devices. Although Sony Crackle is free, you can make an account and log in so the platform can keep track of your watch history.

Sony Crackle is a good alternative to those who don’t want to pay full price for services such as Netflix, Hulu or HBO. If you’re on a budget, you can enjoy a selection of similar content without the monthly fee by watching adverts during breaks.

While Sony Crackle doesn’t offer exclusives or original content in the way that Netflix is able to, it has a library containing films which are free compared to Hulu and Amazon Prime Video, where you would need to be signed up to their streaming service. What’s more, they are entering the realm of original content by offering exclusive shows such as Jerry Seinfeld’s Comedians in Cars Getting Coffee. Due to the range of free content, many people use Sony Crackle as a supplement to their existing streaming services.

Although the library of content with Sony Crackle is smaller than those of its competitors, there are still some top titles available:

This classic zombie movie sees a virus turn most people into the creatures. Those humans which survive are left in a never-ending battle against the undead. Four star survivors – played by Woody Harrelson, Jesse Eisenberg, Emma Stone and Abigail Breslin – fight their way to a safe haven in LA.

Edward Norton plays a depressed man with insomnia who meets Tyler Durden, a soap salesman played by Brad Pitt. After moving into his house following the destruction of his immaculate apartment, the pair form a club which has strict rules and begin a series of fights with other men who are bored with their lives.

Will Ferrell plays an IRS auditor with mental health issues who finds out that he’s the unfortunate protagonist of an author’s latest novel. He embarks on a mission to make the author change her story while the book company employee attempts to aid with her case of writer’s block.

A cocaine dealer based in London wants to step away from his criminal lifestyle. However, before he can do so, his supplier ropes him into a complex set of jobs whereby he must kidnap the daughter of a rival and facilitate the purchase of a huge supply of ecstasy pills from a dealer called ‘the Duke’.

Originally released in 2000, this fantasy drama film takes place in 19th century Qing Dynasty China. A warrior, played by Chow Yun-Fat, gives his sword to his lover, played by Michelle Yeoh. The plan is to deliver the item – named Green Destiny – to safe-keeping, but it gets stolen. During the search, they are taken to the House of Yu, where the story takes a dramatic turn.

There are plenty of TV shows to choose from with Sony Crackle, including a growing selection of originals:

Comedians in Cars Getting Coffee

Comedian Jerry Seinfeld meets various celebrity friends for coffee, driving there in a classic car and sharing stories along the way. Viewers can enjoy the conversation in the car and at the table of the diner they end up going to. They can find out more about what comedians do during the day while they’re on tour, and Seinfeld always picks a car he thinks will best fit the guest.

This show has two seasons and features two attractive young women who are secretly highly trained contract killers.They’re running an errand for their boss, but it quickly goes wrong and they end up being targeted by the client – who just so happens to be the FBI. Furthermore, their boss is now after them, sending out a team of assassins to kill them.

The plot of Chosen involves a divorced lawyer called Ian Mitchell who is father to young daughter Elle. He receives a box containing a gun and a photo of a stranger – plus instructions to kill the person in the picture. When he is attacked by another stranger, he finds out that he’s been chosen by an organisation called The Watchers to take part in a deadly game.

Viewers explore the world of nightclub bouncing with this TV series. It follows a man called Martin, who is taken care of by Big Vic – the head bouncer of the club. However, another bouncer, Les, lures him into a dangerous underworld, and Martin has to navigate this complicated world, making tough decisions along the way.

How to cancel Sony Crackle

As Sony Crackle is a free streaming service, it is not necessary to cancel the service. However, if you wish to deactivate your account, you can do so by navigating to the Profile/Account page under your name on the desktop application. Then select the Deactivate option in the personal information section.

Signing up with Sony Crackle is incredibly simple, as the service is completely free. While there are ads on each of the titles, there are no subscriber fees involved. Therefore, once you’re on the application, you can use it without entering any personal information or payment details. You can sign up for an account if you want to keep your place after pausing a particular TV show or movie, sync content across multiple devices or receive watching recommendations based on your viewing history, but it isn’t essential to do this.

There are several competitors in the streaming platform industry, and you have probably heard of most of them – the big names include Netflix, Hayu, HBO Go, Crunchyroll, Kodi, Fubo TV and so on. The main point where Sony Crackle stands out against the crowd is the fact their services are completely free of charge, but this will come at a cost of a limited library and having ads to watch at regular intervals.

Sony Crackle is a good option for those who are on a budget or who want an additional streaming service to supplement their existing subscriptions. It’s easy to access the services as you don’t need an account to view the available titles, and there is popular original content on offer such as Comedians in Cars Getting Coffee. However, if you don’t want to watch ads or enjoy a high picture quality, it may be best to look elsewhere. 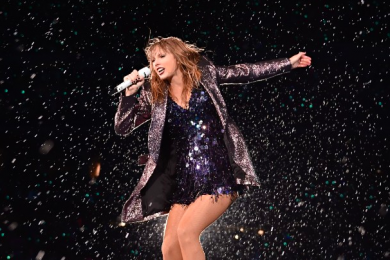